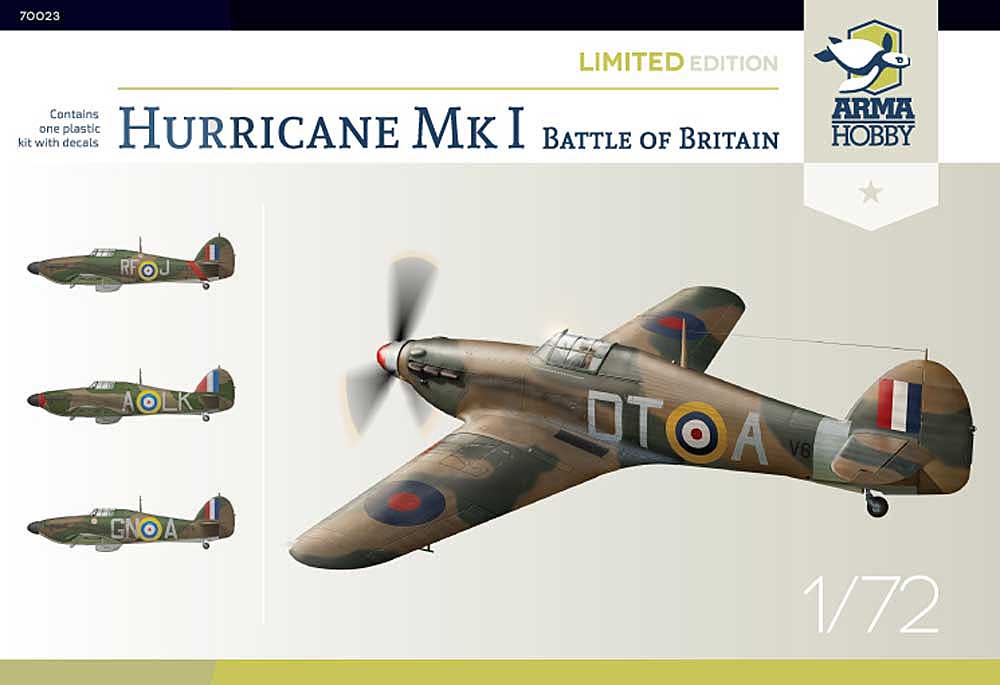 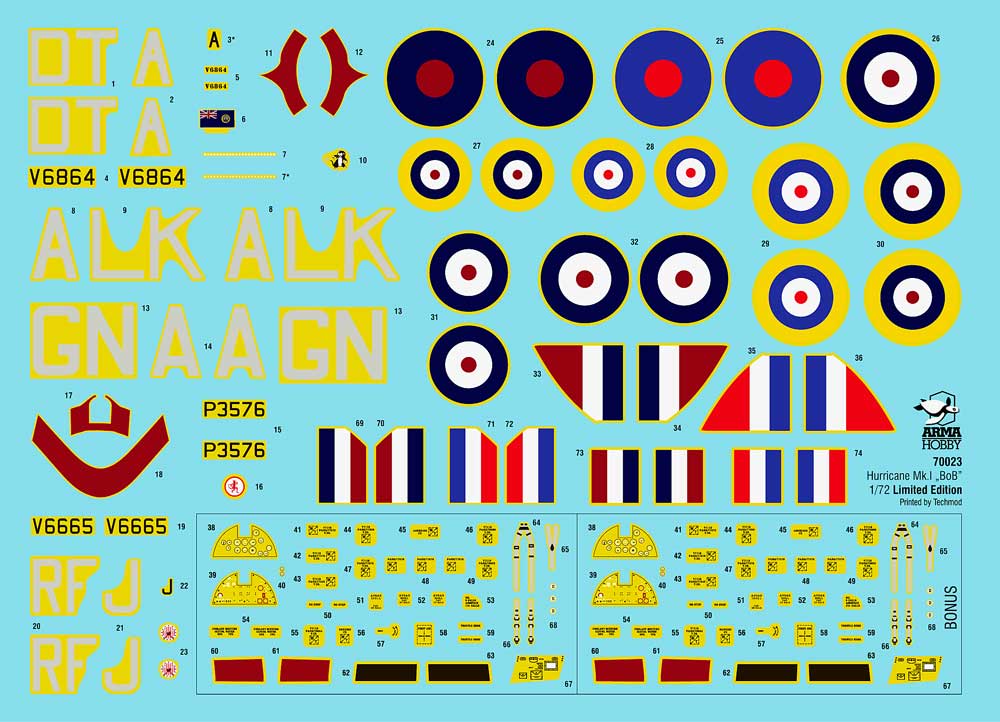 80th Anniversary of the Battle of Britain, Limited Edition Set

Next week it is 80th Anniversary of the start of the Battle of Britain, the first Allied victory in the great battle of the Second World War. In this battle, several thousand pilots successfully repelled the invincible German Luftwaffe. The latest Arma Hobby set commemorates the heroes of these epic struggles.

In the set, next to quality parts from previous Hurricane Mk I models, you'll find a huge Techmod decals in the new, improved formula. On the surface of ​​13 x 18 cm you will find Hurricane markings of the heroes of the Battle of Britain fought. As a bonus you will receive a full set of RAF national markings, in two colours variants, standard and Gloster shade.

The model during pre-order can also be purchased in a deal-package with additional, plastic frames - parts of the model. The model decals are just enough to make two complete models, and  they contain a bonus markings - the second set of inscriptions, instrument panels and pilot straps. You can also buy the model in deal-packages with accessories and paints, be sure to check the list of sets under the model photos.

You can find them below photos on product page in shop, see picture below: 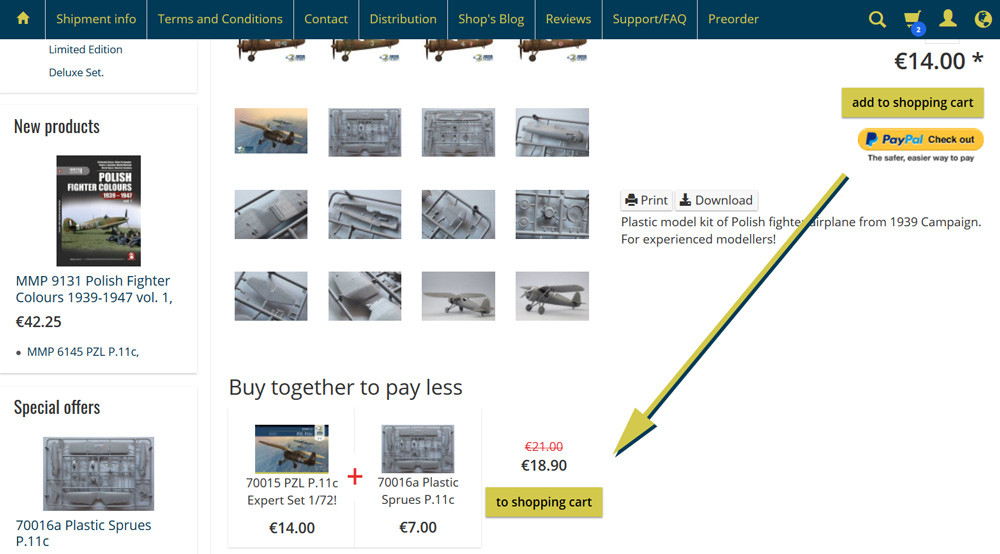