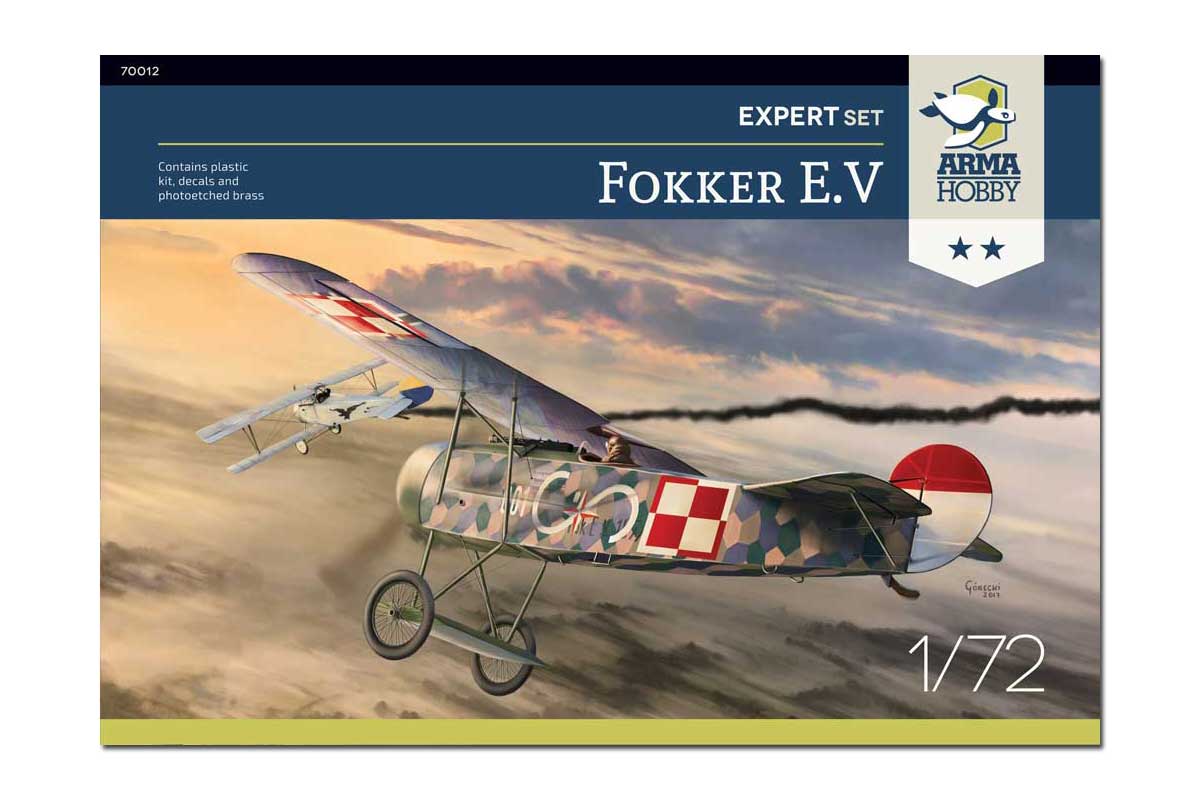 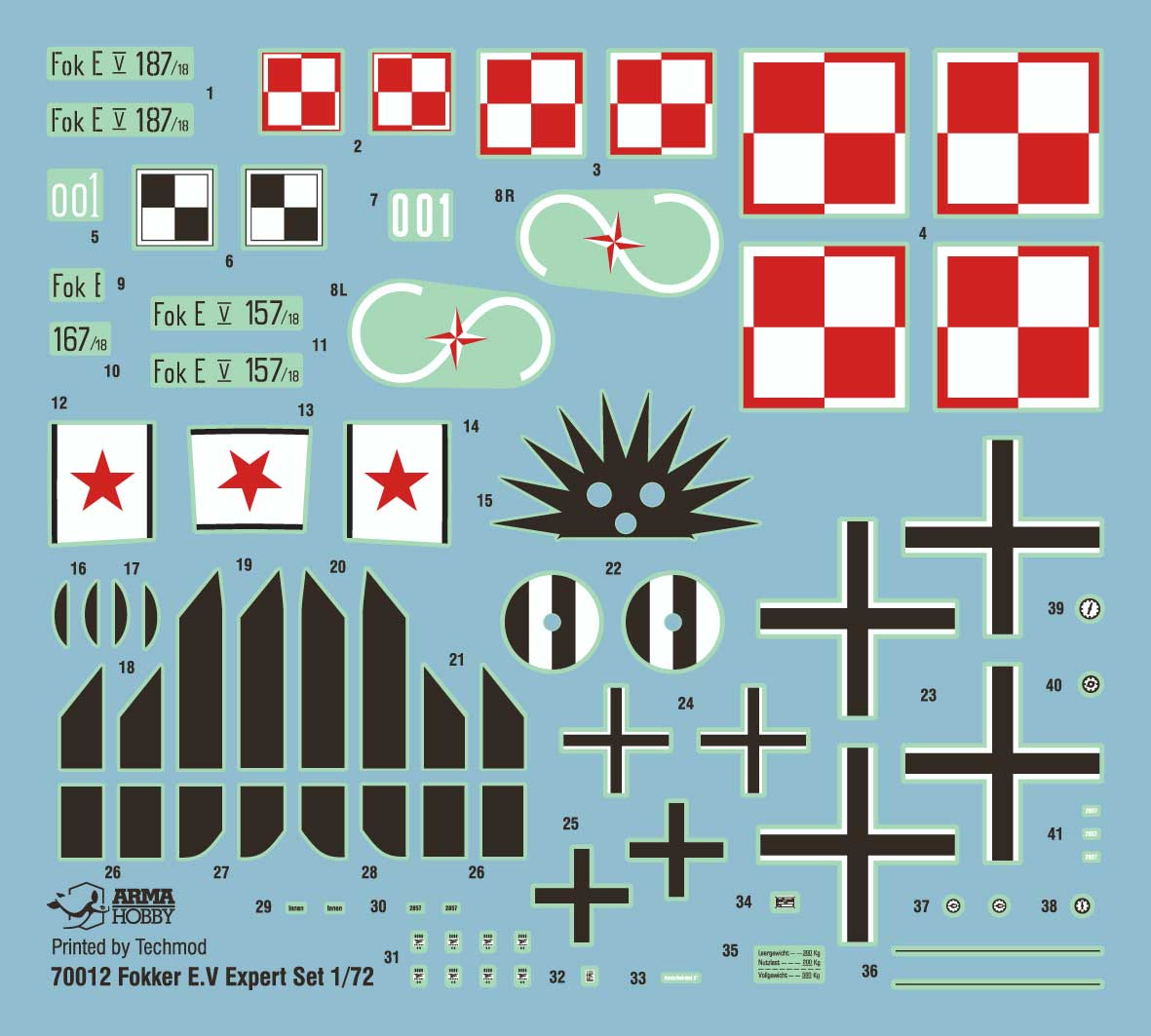 Back in Stock - Fokker E.V. from Arma Hobby

The Fokker E.V is a fighter from the factory of Antony Fokker, a Dutch industrialist known for its innovativeness, who worked during World War I for the Germans. Fokker introduced such groundbreaking designs as the E.III - the world’s first "real" fighter, armed with a forward-firing synchronized machine gun; triplane Dr.I, flown by the "Red Baron" Manfred von Richthofen, and probably the finest fighter of the Great War, the Fokker D.VII. Although the E.V had excellent performance and was cheap to produce, it did not manage to play a major role in the Great War - it was haunted by production defects resulting from the difficult economic situation in Germany during the last months of the war. Nevertheless, it was a beautiful plane and was respected by its opponents, who called it a "Fokker’s Razor."

After the end of World War I, Poles captured a certain number of Fokkers and put them into service as soon as possible where they were most needed - on the front of the battles for the eastern borders. Fokker E.V was the type flown in the 1919 spring under the skies of Lwów (Lviv) by the legendary creator of the Polish national white-and-red checkerboard marking, Lt. Stefan Stec.