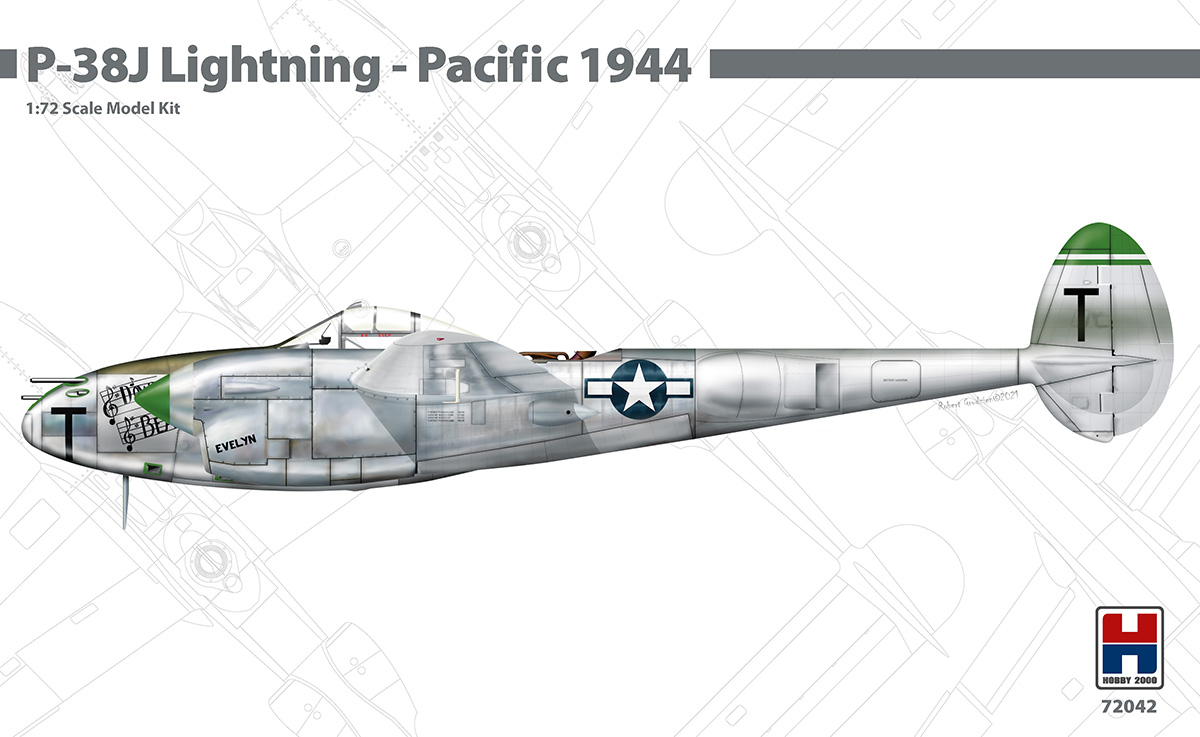 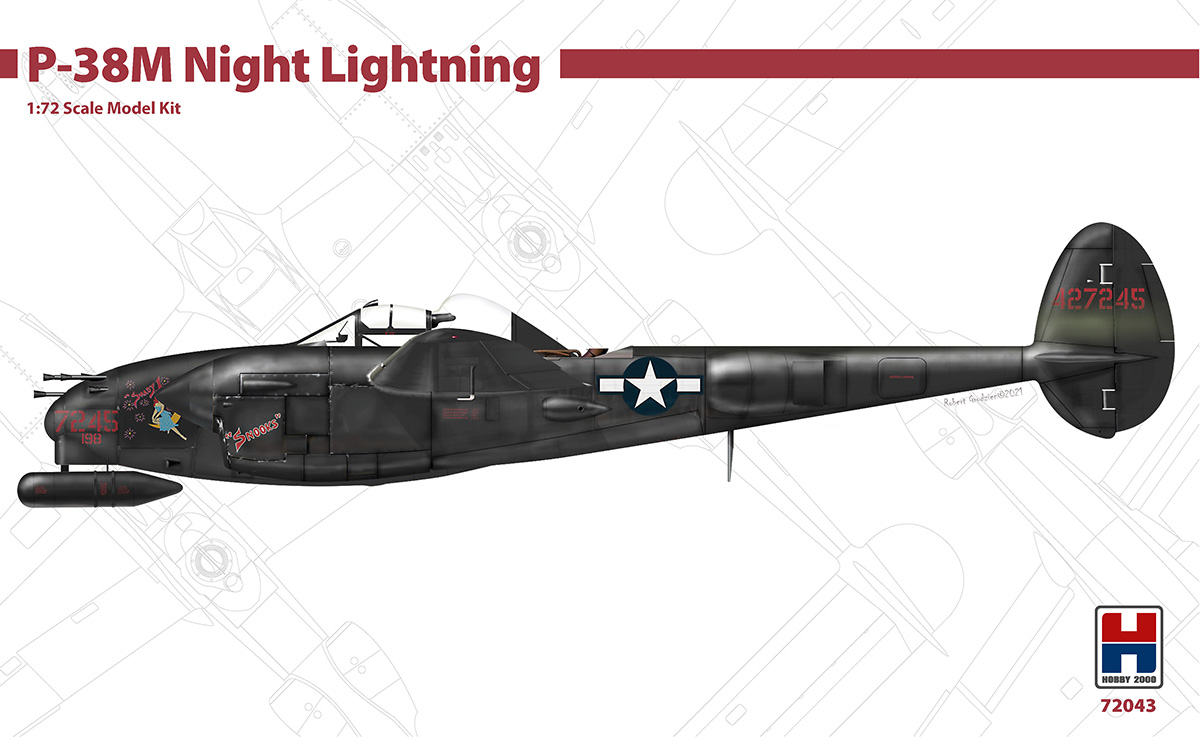 History of the P-38J/M fighter

The Lockheed P-38 Lightning is an American single-seated, piston-engined fighter aircraft that was used during World War II. Developed for the United States Army Air Corps, the P-38 had distinctive twin booms and a central nacelle containing the cockpit and armament. Allied propaganda claimed it had been nicknamed the fork-tailed devil (German: der Gabelschwanz-Teufel) by the Luftwaffe and "two planes, one pilot" by the Japanese. Along with its use as a general fighter, the P-38 was used in various aerial combat roles, including as a highly effective fighter-bomber, a night fighter, and as a long-range escort fighter when equipped with drop tanks. The P-38 was also used as a bomber-pathfinder, guiding streams of medium and heavy bombers; or even other P-38s, equipped with bombs, to their targets.  Used in the aerial reconnaissance role, the P-38 accounted for 90% of the aerial film captured over Europe.

The P-38J was introduced in August 1943. The turbosupercharger intercooler system on previous variants had been housed in the leading edges of the wings and had proven vulnerable to combat damage and could burst if the wrong series of controls was mistakenly activated. In the P-38J series, the streamlined engine nacelles of previous Lightnings were changed to fit the intercooler radiator between the oil coolers, forming a "chin" that visually distinguished the J model from its predecessors. While the P-38J used the same V-1710-89/91 engines as the H model, the new core-type intercooler more efficiently lowered intake manifold temperatures and permitted a substantial increase in rated power. The leading edge of the outer wing was fitted with 55 US gal (210 l) fuel tanks, filling the space formerly occupied by intercooler tunnels, but these were omitted on early P-38J blocks due to limited availability.[130]

The final 210 J models, designated P-38J-25-LO, alleviated the compressibility problem through the addition of a set of electrically actuated dive recovery flaps just outboard of the engines on the bottom centerline of the wings. With these improvements, a USAAF pilot reported a dive speed of almost 600 mph (970 km/h), although the indicated air speed was later corrected for compressibility error, and the actual dive speed was lower. Lockheed manufactured over 200 retrofit modification kits to be installed on P-38J-10-LO and J-20-LO already in Europe, but the USAAF C-54 carrying them was shot down by an RAF pilot who mistook the Douglas transport for a German Focke-Wulf Condor. Unfortunately, the loss of the kits came during Lockheed test pilot Tony LeVier's four-month morale-boosting tour of P-38 bases. Flying a new Lightning named Snafuperman, modified to full P-38J-25-LO specifications at Lockheed's modification center near Belfast, LeVier captured the pilots' full attention by routinely performing maneuvers during March 1944 that common 8th Air Force wisdom held to be suicidal. It proved too little, too late, because the decision had already been made to re-equip with Mustangs.

The P-38J-25-LO production block also introduced hydraulically boosted ailerons, one of the first times such a system was fitted to a fighter. This significantly improved the Lightning's rate of roll and reduced control forces for the pilot. This production block and the following P-38L model are considered the definitive Lightnings, and Lockheed ramped up production, working with subcontractors across the country to produce hundreds of Lightnings each month. 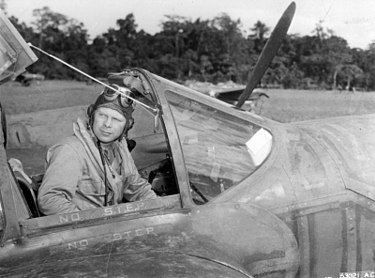 Major Richard Bong and his P-38

A number of Lightnings were modified as night fighters. Several field or experimental modifications with different equipment fits finally led to the "formal" P-38M night fighter, or Night Lightning. A total of 75 P-38Ls were modified to the Night Lightning configuration, painted flat-black with conical flash hiders on the guns, an AN/APS-6 radar pod below the nose, and a second cockpit with a raised canopy behind the pilot's canopy for the radar operator. The headroom in the rear cockpit was limited, requiring radar operators who were preferably short in stature.