Fokker E.V was the last Fokker’s fighter of the Great War. Its welded steel-tube fuselage and rotary engine were typical for the period, but the wing was truly innovative: single, cantilever, light plywood-covered - allowed for excellent performance and handling even with a relatively weak engine. Such design became very popular in following years, widely called “Fokker’s”.
Introduced into frontline service in August 1918 in numerous German squadrons had initially been welcomed with enthusiasm and nicknamed “Flying Razor”, but after several crashes the type has been grounded. The cause was the faulty assembly at the factory. After strengthening and renaming as D.VIII the airplanes have started to return to squadrons, but the Armistice halted their further career.
After the war, this excellent airplane has been evaluated and used in many countries, also as an aerobatic plane. In combat, it was most intensively used by the Poles. Captured during the Wielkopolskie Uprising planes have been sent to Lwów on the front of the Polish-Ukrainian War. At the 7. Eskadra Lotnicza, later known as “Kosciuszko Squadron”, Fokkers were most often piloted by Cpt. Stefan Bastyr and Lt. Stefan Stec, achieving a lot of success. On his 001 marked airplane, Stec has won the dogfight against the Austro-Hungarian ace in Ukrainian service, Franz Rudorfer. 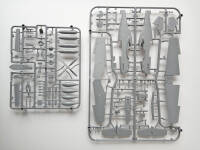 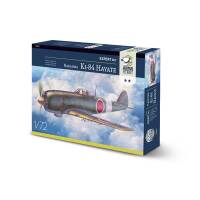